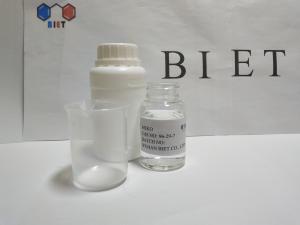 Application:
1. MEKO is a kind of oil-based coating antioxidant, used for anti skinning treatment during the storage and transportation of a variety of oil-based paint, alkyd paint, epoxy ester paint and etc. Mainly used as an anti skinning agent and viscidity stabilizer for alkyd resin coating. As an anti skinning agent, this product is recommended to be added in the amount of 0.1-0.3% after a test to determine the best usage and dosage.
2. MEKO of high purity can be used in the synthesis of silicone cross-linking agent, silicon curing agent and isocyanate sealant;
3. MEKO can be used in offset printing ink and other industries, and used as corrosion inhibitor in industrial boiler or water treatment system.
4. MEKO can also be used as wood preservative and pharmaceutical intermediate for alum and magnesium removal and etc.

Thank you! Your message has been sent to the following suppliers.